What is Edge computing?

Before we can explore the timeline of Edge computing, it’s essential to understand what this computing method involves.

The use of IoT devices has dramatically increased in recent years. With this, what’s also increased is the bandwidth these devices consume.

The incredible amount of data these devices generate can strain businesses’ data centers or private clouds, making it hard for companies to manage and store important data.

Other problems that these large volumes of data are responsible for include slow response times and poor security.

Centralized computing methods such as cloud computing aren’t sufficient on their own to support the current demand for intelligent data processing and smart services.

That’s why Edge computing has emerged (or remerged, as we’ll explore later).

This means that computing isn’t directed towards cloud servers (which can sometimes be thousands of miles away) and instead stays at the edge of the network.

In other words, Edge computing keeps computational data and storage close to the user in terms of network distance or geographical distance. Often, data processing can even take place on a device itself.

This localized aspect of Edge computing is where most of its benefits derive; computing that’s performed locally is known for its low bandwidth usage, ultra-low latency, and speedy access to network information.

Edge computing moves AI to the source (where data generation and computation initially takes place). The combination of both Edge computing and AI have created a new frontier known as Edge AI. Edge AI takes advantage of the many benefits afforded by Edge Computing.

This shift is necessary when it comes to meeting the needs of individual users and businesses alike.

Funnily enough, the IT industry is often called a ‘fashion industry.’ This is because what was ‘in’ last year might be outdated the next, and what was once old can quickly come back in vogue.

To provide another analogy, computing trends can also be thought of as a pendulum swinging back and forth.

This sentiment certainly rings true in the case of distributed computing.

1. The Mainframe paves the way for decentralized computing

At the very beginning of the journey, there were machines known as mainframes. They were first developed in the 1930s and were as big as entire rooms. In later years, they came to perform critical tasks from climate modeling to banking transactions.

2. The rise of client-server computing

Despite the success of the mainframe, the arrival of mid-sized personal computers during the 80s saw a shift in favor of decentralized computing and the introduction of client-server computing.

On top of this, they were still able to benefit from data transactions that were hosted in mainframe servers.

The client-server paradigm was revolutionary, but it was expensive, and IT organizations struggled to make sure their clients were kept up to date.

With the arrival of the World Wide Web in 1989, the trend swung back in the form of centralized web-server computing that steered clear of the difficulties of keeping personal computers up to date.

This model involves a server with large computational capabilities responsible for receiving requests and providing services for many users.

To put it another way, in web-server computing, multiple clients share the same computational resources provided by a centralized server.

Mobile computing had been evolving ever since the 1990s when Apple proved it could offer its own solution to the administrative problem of client-server computing.

Apple achieved this by putting the responsibility of keeping software (such as apps) up to date back on the client users. This was simple to do through the PlayStore or AppStore and put the benefits of localized experiences back in the hands of users.

Although cloud computing had been in the works since 1963, it gained popularity in the late 90s as companies understood its usefulness better.

Cloud computing can be understood as a wide-scale centralization of computing characterized by the scalability of virtually infinite resources and standardized software architecture.

Well-known technology companies like Microsoft, IBM, Google, and Amazon are some of the big players that saw the opportunity in what cloud services could offer users.

Despite these appealing attributes, cloud computing is not a perfect system.

Some of the challenges that cloud computing faces include latency issues, privacy problems, and bandwidth limitations.

6. Finally, we get to Edge computing

Although Edge computing has been gaining a lot of attention recently, its origins can be traced back to the 1990s.

In the 2000s, these networks evolved so that they could also host apps directly at Edge servers.

Today, chips are so small that they can perform highly advanced computing tasks on Edge-enabled devices themselves, making Edge computing an absolute necessity where low latency and privacy are a big concern.

The 4 main limitations of cloud computing

As mentioned earlier, the massive growth in data we are witnessing today highlights the limitations of cloud computing.

In particular, these limitations include:

Latency issues arise when large amounts of data overwhelm a centralized system such as the cloud.

As a result, cloud computing can have difficulties meeting real-time business requirements.

Likewise, use cases like those concerning autonomous vehicles and security are also disadvantaged by any time delay in processing.

The amount of power cloud data centers need to consume has increased dramatically. As a result, cloud computing finds it difficult to keep up with the growing demand for optimized energy consumption.

Privacy leakages or attacks increase in cloud computing because sensitive data often needs to travel a long way to reach the server.

Storing data in a centralized environment also leaves it more susceptible to hacking.

Due to the large amounts of data that gather at cloud data centers, bandwidth can also be affected by this centralized computing method.

It can result in further latency issues that are inconvenient for people in rural areas who may not have access to stable internet.

Even though cloud computing has become an essential part of people’s everyday lives, it is not a perfect solution in all use cases due to its limitations.

These days, IT solutions need to account for a wide array of different requirements. Because of this, many organizations opt to use a combination of both cloud and Edge computing.

Cloud computing can come into play when businesses need a lot of computing power and storage to carry out specific processes.

On the other hand, Edge computing can be an excellent option for businesses in cases that require local autonomous actions, low latency, reduced backend traffic, and the careful handling of confidential data.

The 8 major benefits of Edge computing and Edge AI

IoT devices, applications, and AI benefit hugely from being able to process data at the source. Edge computing allows analytics to be performed faster and with better accuracy (as data doesn’t need to be sent to centralized locations).

Thanks to the low latency Edge computing affords, users can execute resource-intensive computing tasks without the time delay.

This is especially important in use cases where fast responses are critical.

The amount of data that devices generate today uses a lot of bandwidth.

Edge computing combats this problem by bringing computing close to the data source. This reduces the need for long-distance communications between the client and server, lessening overall bandwidth usage and any latency issues associated with it.

Because Edge computing is capable of fast analytics and data processing, it offers users a wide variety of quick responding services. While rapid feedback is critical in use cases such as video monitoring, even when it’s not particularly important, it offers an improved user experience.

If data is hacked and winds up in the wrong hands in the transfer process, people’s information could be leaked or used in inappropriate ways.

Edge computing works on data that it generates locally, and it keeps that data local so that users’ information can remain safe within the area where it was generated.

As we’ve discussed, computing performed locally reduces the amount of data transmitted on a network.

While this reduces bandwidth pressure and latency, it also reduces costs and the amount of energy required by local equipment. This makes Edge computing an incredibly efficient computing method in terms of costs and energy consumption.

8. Reliability for critical use cases

On top of this, Edge computing devices are highly reliable, making them perfect for mission-critical applications such as medical monitoring.

Edge computing and, consequently, Edge AI have gained traction because they can offer individuals and businesses improved services and increasingly profound insights.

Edge computing and Edge AI now and in the future

This is because today’s society is driven by the need for connected, smart services across many industries.

Edge technology has made its way into a number of products that aid our everyday lives, such as security cameras, Smart Video Doorbells, intelligent production robots, and autonomous vehicles, to list just a few examples.

Numerous reports shed light on where Edge computing might be heading in the future.

For instance, the IDC reports that by 2023, 50% of new infrastructure will be placed in increasingly critical Edge locations. That’s up from less than 10% in 2019.

The recent Omedia Edge Report predicts that by 2024, 5 million servers (or 26% of all shipped servers) will be deployed at the Edge. Other predictions state that the market for Edge data centers is expected to triple by 2024.

Regardless of whether you’re taking into account Edge infrastructure, Edge servers, or Edge data centers, it’s clear that the market for Edge computing and Edge AI will grow at an incredible rate in the coming years.

Growth in Edge computing and Edge AI will occur due to:

Despite the rise in Edge computing and Edge AI, the cloud isn’t going anywhere anytime soon. It just won’t be the computing method that dominates the future of distributed computing.

The cloud is based on huge centralized data centers, but to better serve customers locally, what’s needed is the exact opposite.

As we can see, the distributed computing/ centralized computing pendulum is on the move again. 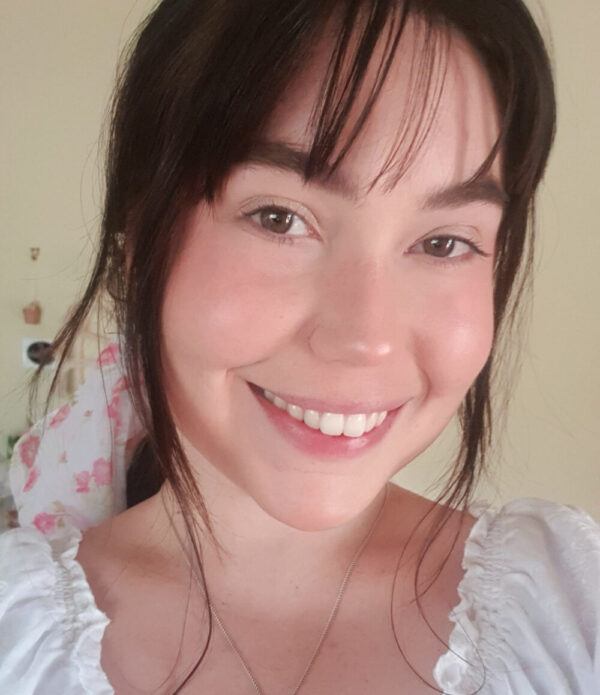